A new solar PV project co-supported by Clenergy for poverty alleviation recently held a kick off ceremony in Mengyin County, Shandong. The project was launched by Mengyin County Government and supported by Clenergy and Yingda. Clenergy has donated its PV-ezRack mounting system to the project as well as provided free consultation to help with construction. The electricity the system will produce will be sold to the state grid and the income through that will be utilized to boost the local economy by the Mengyin County Government.

With a total investment of six million yuan, the project is expected to include five 100KW distributed PV power generation systems in the villages of Baoshiyu, Changming, Dashansi, Fenghuangyu, and Guquan. With a total capacity of 500kW, the PV system will produce over 600,000kWh of electricity annually, an equivalent of electricity through burning 200 tons of standard coal. Calculated at a feed-in tariff of one yuan per kWh, the annual return of the project will reach 600,000 yuan. Such revenue can be used for poverty relief and economical development in poor regions.

These PV stations will not only bring hope to poor local residents but will also help the PV industry to enter the rural markets in China. According to Mr. Shang, PV poverty alleviation programs will accelerate the growth of distributed PV and will improve development and consumption patterns in rural areas.

With a strong commitment to social responsibility, Clenergy will further develop similar PV projects in order to contribute to local economy and to job creation. It will also continue to invest in programs which improve the lives of citizens in need. 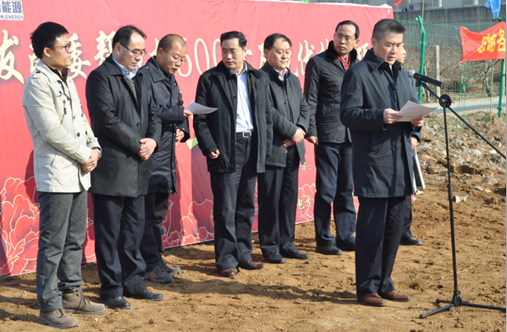