An agreement has been signed between the Philadelphia Solar Company and Irbid Mall at the Irbid Chamber of Industry to build a renewable energy project from solar cells. 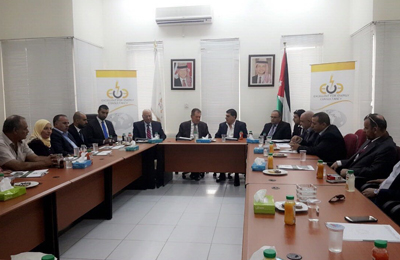 The project will provide electricity to Irbid Mall with a capacity of 1,168 MWp and will provide 1,890kWh annually with a saving of about 350,000 Jordanian Dinar.
The signing ceremony took place in Irbid governorate in the presence of Mr. Mohammed Khaled Al-Ridaide, Director of Modernity Integrated Markets and Chairman of the Board of Directors and General Manager of Philadelphia Solar Mr. Abdulrahman Shehadeh, in the presence of Mr. Adnan Al-Akhras, General Manager of Irbid Electricity Company Eng. Ahmad Thainat, President of Chamber of Commerce Mr. Mohammed Al-Shuwa and a number of leaders of the sector.