RECOM is delighted to announce successful commissioning of a 12.5MW solar project in the region of Puerto Sandino in Nicaragua. The project is first part of Nicaragua’s pipeline totalling 100MW, which is expected to be built and commissioned in its entity until end of 2018.
Over 46,000 pieces of RECOM's 270Wp Black Panther mono modules were deployed and the overall project, that will produce an annual capacity of 18.18GWh, was erected in less than 5 months. 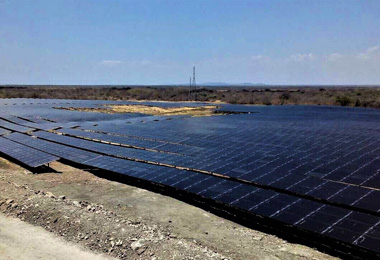 Nicaragua is one of the many countries that has chosen to invest in solar-generated power through the effective utilisation of the constantly developing renewable energy technology. Hence, the country intends to have 90% of its primary energy supply come from those sources by 2020.
"The Puerto Sandino solar park is our first venture in Nicaragua and highlights our commitment to deliver high quality products and collaborate with markets that can fully grasp the importance of having access to affordable energy while at the same time preserving natural environment", says RECOM CEO, Hamlet Tunyan.
Profil ENF des Entreprises Mentionnées dans l’Article