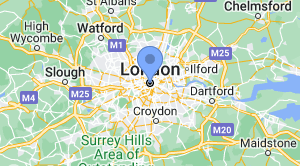 Conference on Renewable Energy and Resources will be hosted on September 5-6, 2022 at London, UK. Panel of speakers will be delivering their presentations on their recent research related to renewable energy. Longdom conferences invites all experts to be part this conference and make it a perfect platform for knowledge sharing and networking between experts around the world and aims in accelerating scientific discovery.

We believe your presence would be a source of inspiration for upcoming budding scientist, students, academicians and business delegates for taking the technological aspects related to this topic to next level.

Renewable Energy: A substance that is converted by process into usable energy then the substance is called source of energy. One of the beneficial factors for the use of the renewable energy is that it is naturally generated. These sources are constantly replenished such as sunlight, wind, heat and water. The common energy sources are hydropower, biomass, biofuels, wind, geothermal and solar energy. Renewable energy is energy that is collected from natural sources that replenish themselves over short periods of time, renewable energy resources exist over wide geographical areas. Rapid deployment of renewable energy and energy efficiency is resulting in significant energy security, climate change mitigation, and economic benefits.


Solar Energy: Solar Energy is the most promptly accessible wellspring of energy. Sun is the sources of all energies, the primary forms of solar energy are heat and light. It doesn't have a place with anyone and is, in this manner, free. It is additionally the most essential of the non-conventional sources of energy. Since it is non-contaminating and along these lines, helps in decreasing the greenhouse impact. Solar energy can likewise be utilized to meet our power prerequisites. Through solar photovoltaic (SPV) cells, sunlight based radiation gets changed over into DC power specifically. Solar energy is dependable progressing at solar transport. Fuel production is also done with the help of high temperature from solar energy.


Wind Energy: The wind is a free, clean and gladly available renewable energy source. In the world, every day wind turbines are capturing the wind’s power and converting it to the electricity. The energy from the wind turns the two or three propeller-like blades around a rotor in windmill. The rotor is connected to the main shaft, and this shaft connected with the generator to create electricity. This source of power generation plays a progressively important role in the way of power in our world. Wind turbines captured the kinetic energy of the wind into mechanical power. This mechanical power can be used for specific tasks (such as grinding grain or pumping water) in the turbines generator or can be convert this mechanical power into useful power like electricity. Now wind power technology is showing rapid growth and much more helpful than conventional power generation.by using this wind energy there is no pollution and less space occupancy and less cost effective. Wind turbines don't deliver air discharges that lead to medical issues like asthma or make corrosive rain or nursery gasses which is involves in coal handling plants.


Geothermal Energy: Geothermal energy is the heat from the Earth and it's a clean and sustainable. Resources of geothermal energy range from the shallow ground to hot water and hot rock found a few miles under the surface of the earth, and down even deeper to the extremely high temperatures of molten rock named magma. There are three main types of geothermal energy systems: Direct use and district heating system and electricity generation in power plants and geothermal heat pumps. The steam rotates a turbine, than the turbine activates a generator, which produces electricity.in the world, there are many power plants still use fossil fuels to boil water for steam. Geothermal power plants, using the steam, produced from reservoirs of hot water found a couple of miles or more below the Earth's surface. heat exchanger-a system of pipes covered in the shallow ground near the building. In the winter, the heat pump removes heat from the heat exchanger and pumps it into the private air delivery system. In the summer, the process is converse, and the heat pump moves heat from the indoor air into the heat exchanger.


Hydro Power: One of the most important and large source of renewable energy, hydropower contributes to 10% of world electricity generation. The flowing water energy is converted to electricity in the hydropower plants. Most commonly the dam water is used. Flowing water through turbines ii used for the power generation.


Biomass Energy: One of the most prominent and promising renewable energy Biofuels can be converted directly to the liquid fuels. Biofuels is widely used for the transportation. There are various types of biofuels such as ethanol, biodiesel, bioalcohols, green diesel, and biofuel gasoline, vegetable oil, bioethers, biogas, syngas and solid biomass fuels. Ethanol and biodiesel are the commonly used biofuels. The main aim for introducing biofuels was to replace gasoline, diesel fuel and coal. Green diesel, biogas. It is having enormous advantage when compared with the fossil fuels such as less greenhouse gases providing greater fuel securities. The use of Biofuel is widely dependent on the land availability. It is made from biological agents such as plant oils or animal through the set of chemical reactions. One of the major advantages for using the biofuel is that they are renewable energy and don not lead to global warming unlike the fossil fuels. According to few facts, Biofuels is the only renewable energy which can replace the fossil fuels.


Power and Energy Engineering: Power building is a sub field of vitality designing and electrical designing that courses of action with the age, transmission, scattering and utilization of electric power and the electrical contraptions related with such systems including generators, motors and transformers. Anyway an awesome piece of the field is concerned with the issues of three-stage air conditioning power – the standard for liberal scale control age, transmission and scattering over the front line world – an imperative division of the field is stressed with the change among air conditioning and DC control and the change of specific power frameworks for instance, those used in flying machine or for electric railroad systems. The Power Frameworks were getting more profitable with taking a break and have transformed into a middle district of electrical building field.
Dernière Mise à Jour
22 nov. 2021 Actualisez Votre Profil Ci-Dessus